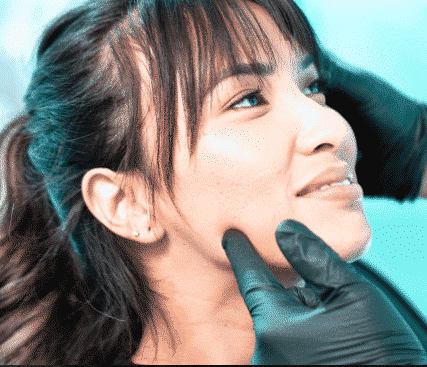 Rhinoplasty for Deviated Septum – Do You Need It?

There are generally two treatment options for a deviated septum: nasal sprays are used to treat the tissue in the nasal passage, or a nose job can be used to permanently correct the issue.

While surgery may seem daunting, sprays and medications can only offer temporary relief. If the condition is severe and is affecting breathing, sleep quality and overall quality of life, rhinoplasty for deviated septum is going to be the best option.

Deviated septum — what is it & what causes it?

The nasal septum is the thin wall of bone and cartilage separating the nasal passages. Ideally, these passageways should be symmetrical, with the septum being in the center of the nose. However, this is not the case for some people: some individuals have their septums at least slightly off – center, making one of the nasal passages smaller than the other. Though a mild deviation is not a big problem, it can cause problems in more severe cases

Causes of a deviated septum

If your septum is moderately to severely misaligned, the deviation obstructs your breathing and causes issues. While some deviated nasal septums are congenital, trauma or injury can also result in moderate to severe nasal passage damage. Because the septum is cartilaginous, it is susceptible to being moved and bent from outside forces, making this a fairly common injury caused by contact sports, accidents, playground activities, etc.

A severe deviation can obstruct the nasal airway, restrict airflow, and cause various problems like breathing difficulties, increased risk of sinus infections, frequent nosebleeds, and loud, excessive snoring. During colds and sinus infections, people with a deviated septum may struggle with breathing.

Many people don’t actually realize they have a septal deviation — but it’s typically because the displacement isn’t severe enough to cause breathing problems. However, those who do get symptoms like breathing issues, headaches, and chronic nosebleeds may pass off their deviation as allergies, nasal infection, or a cold, which is why it’s essential to get a proper diagnos is to find out whether you have a deviated septum.

Do I need a nose job if I have a deviated septum?

Doctors may prescribe decongestants, antihistamines, or nasal sprays to help manage the symptoms of a deviated septum. But all of these are short – term fixes; a corrective nose job is recommended as a long – term, if not permanent, solution.

During a septoplasty, the septum will be repositioned to restore nostril symmetry, which, in turn, will correct the nasal passageways and improve breathing. Depending on the level of deformity, tissue from the septum may be removed, reshaped, and replaced to achieve this symmetry. Septum cartilage may also be trimmed before being reinserted.

In some severe cases in which surgery can only do so much, the deviation can be improved without fully restoring nasal septum balance and function. This means that breathing issues may still occur when the person has colds or allergies.

Can you get rhinoplasty with deviated septum

You can have rhinoplasty in conjunction with septoplasty. In fact, it’s not unusual to combine cosmetic and functional nasal surgery to improve the structure, function, and overall aesthetic appearance of your nose.

Septoplasty may result in changes in the nose structure that can affect your appearance and overall facial balance. Combining it with
cosmetic rhinoplasty provides not only support for breathing, but also aesthetics and facial harmony. This combination of rhinoplasty and septoplasty is called septorhinoplasty.

Is fixing a deviated septum worth it?

Septum correction surgery can reposition the nasal septum and restore adequate and proper airflow,
which permanently solves a host of chronic nasal issues. It offers effective and long – lasting relief and gives you confidence with a refreshed and renewed appearance.

Compared to a life – long prescription of nasal sprays and long nights of disruptive snoring, the cost of correcting a deviated septum using surgery may be one of the best investments you ever make.

If you’re considering septoplasty or would like to improve the appearance of your nose, you can contact us today for a consultation. Dr. Jacob Sedgh uses the most advanced surgical techniques to straighten a deviated septum and restore healthy breathing function while enhancing the nose aesthetics.